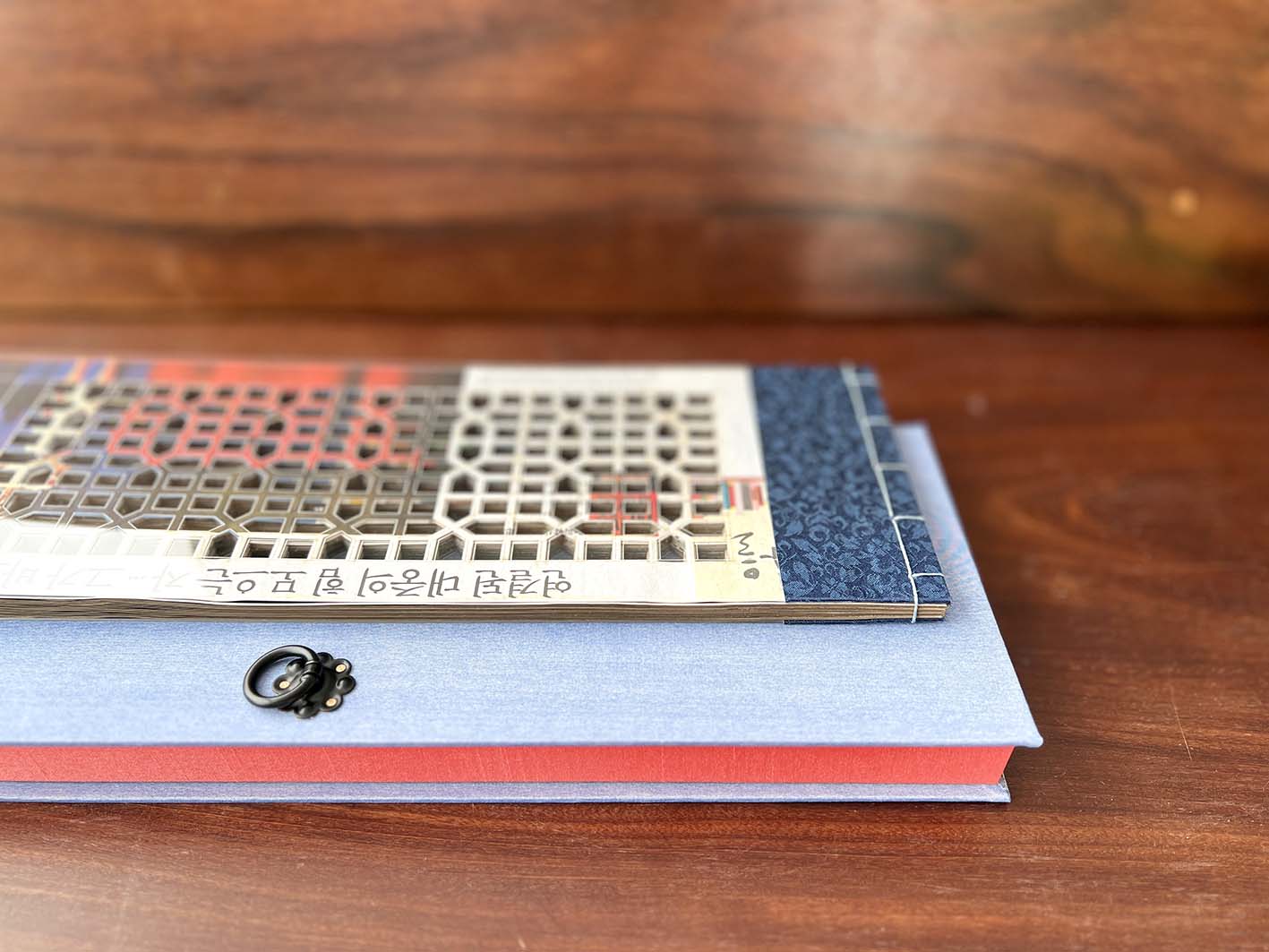 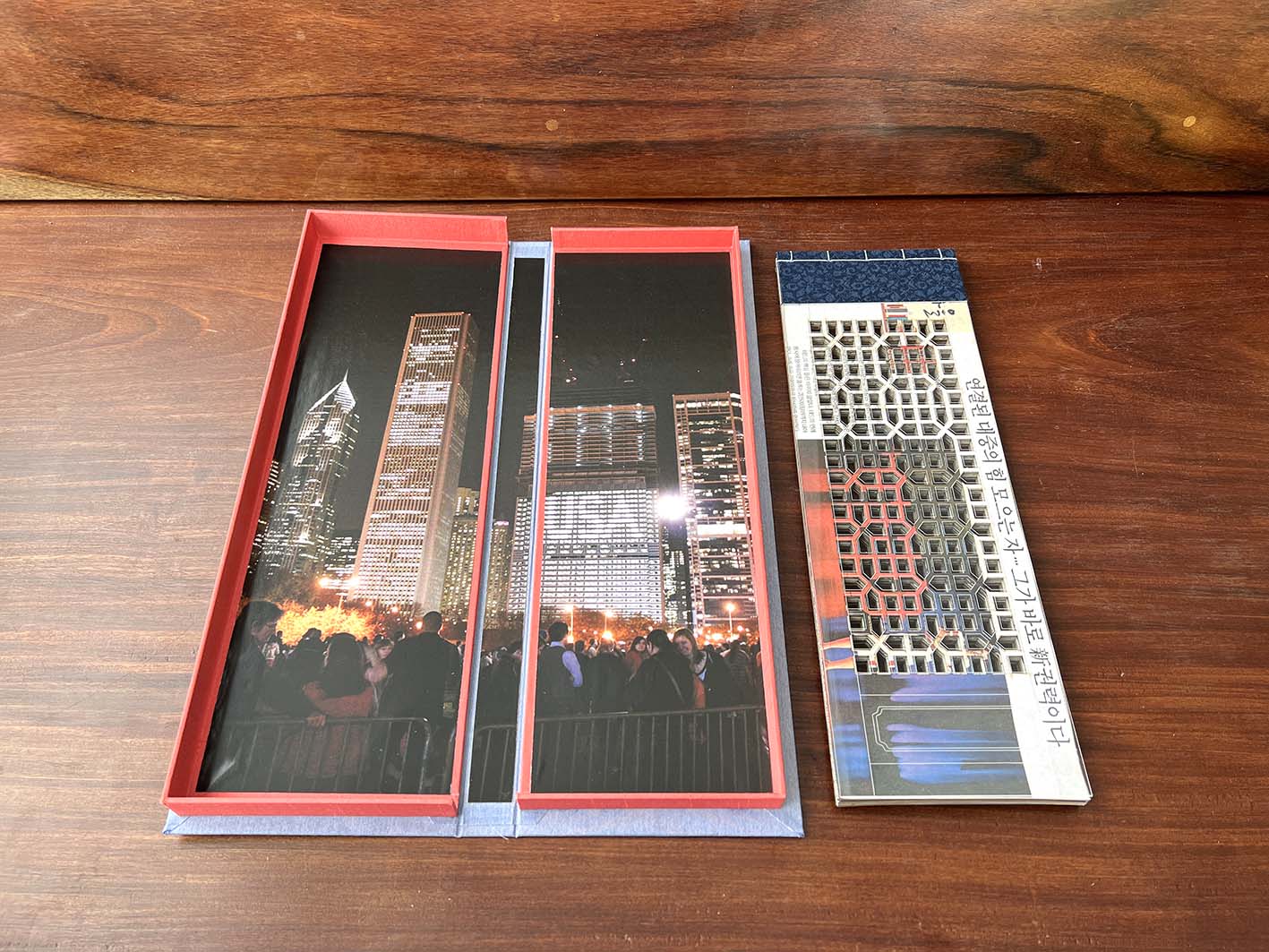 Door symbolizes a pathway from one space to another.

Living in the Unites States, the Korean traditional door was the link with my childhood reminiscence and with my family back home in South Korea.

I grew up in an environment immersed in Korean traditional carpentry as my father is the national heritage in doors and windows.

As a book artist, that nostalgia was expressed in my art works such as my oil painted Korean Door on a Western Door and with my Korean traditional door themed book arts.

However, returning to Korea and spending the next decade in a new role as a mother and daughter has given me a different perspective in the way I perceive the same theme.

A door sits between both ways, but once opened bridges two spaces with one another. Back in the United States, the Korean traditional door used to signify a pathway to my family and home country, a one way direction. But now back in Korea it connects me to the time of my life where I was solely committed as an artist.

For me, the Korean traditional door is the means of connecting the pivoting stages of my life, my past with the present, my home country with the United States, and myself as a mother with my life as an artist.